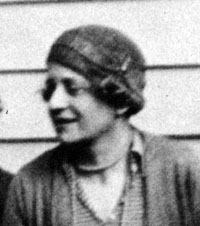 In writing of magic hitherto I have dealt almost exclusively with the part played by the human mind in its performance, but the reader, if at all familiar with the literature of the subject, will have noticed that magicians are always recorded as acting as if they had, or at least required, the cooperation of invisible but intelligent beings. In the Eucharist, both in its Roman and Anglican forms, we get the prayer to the angels; and in popular magic, the superstitious remnant of a Qabalistic tradition, we get all manner of uncivil conjurations designed to compel the attendance of reluctant spirits. The reason may therefore be asked for the difference between the standpoint I take up and the popular, traditional one.

In reality there is no difference, but since this statement appears outrageously paradoxical, I must amplify and analyse it until its significance becomes clear.

In order to understand the rationale of the contacting of the invisible forces, it is necessary to understand the nature of the involutionary arc of manifestation, for these forces represent primitive types of existence. Concerning this phase of cosmic history no evidence can be offered save the general argument of the different, and in many cases totally unrelated, esoteric traditions, and the practical experience of those who work with these forces, basing their modus operandi on these traditions.

My own experience may throw light on this subject. I studied magic in the famous Order of the Golden Dawn; no explanations were given save the traditional mediaeval ones; these I discarded as superstitious, replacing them with psychological ones of my own, derived from the school analytical psychology. These psychological principles I found adequate to explain all the phenomena, and they could be checked and counterchecked by the technique of dream analysis. So successfully could this be done that at one time I formed the opinion that psychology could supply all that was needful in the way of explanation of the magical workings, leaving modern minds free to follow the ancient methods without doing violence to their rational viewpoint.

But wider experience brought a change of mind. I discovered that if one rationalized magic, one took all the power out of it. As a psycho-philosophical technique, magic was ineffectual; as good, old-fashioned abracadabra it was startlingly, even alarmingly, efficacious.

So I had to review my opinions. The psychological explanation, so far as it went, was incontrovertible; one could countercheck it at every point. I was therefore reluctant to discard it; so I decided to put it aside while I experimented with the ancient methods which personalized all the company of heaven and dealt with them unreservedly.

I made my first experiment with the goddess Isis, who, philosophically considered, is Nature; primordial matter; the Great Deep whence life arose and the feminine principle in life. Considered philosophically, of course, She is quite comprehensible, especially with psycho-analysis to lend its assistance. Considered magically, She is a quite different matter.

In Her essence, She is all those abstractions I have enumerated, and much more; but between the spiritual essence and its manifestation in material form there are intervening stages, and it is with these that magic and mysticism are concerned. For all works of white magic, these two should never be separated; indeed, one might say that it is their separation which makes the distinction between white and black magic.

The Qabalistic method divides the manifested universe into four planes: the spiritual, which is realized by means of intuition; the mental, which is apprehended intellectually; the astral, which is perceived by means of the imagination, or psychically; and the physical plane, which the senses contact. The mental and physical are planes of form, and the astral and spiritual are planes of force. The mind trained to deal with forms deals with the two form planes adequately, but is all at sea on the planes of force. Equally, the mind which lacks the focusing power to deal with form can often perceive the subtle planes of force with uncanny accuracy, and we call such people psychics.

Psychism and mysticism are closely allied, and are usually present together because the capacity to perceive subtle impressions applies equally to both planes. Therefore the mystic is invariably found to be also a sensitive and to possess some degree at least of psychic power. The natural psychic is essentially a sensitive; it is only the artificially developed psychic of the occult schools who is ever found to be a psychic and nothing more. Personally, I do not think this is a desirable condition, and I have seen it give rise to much trouble because the influences to which it opens the doors can only be controlled from the spiritual plane, and to open a door to the Unseen without adequate means of controlling what comes through is a very undesirable practice. In terms of spiritual principle, all invisible forces are naturally and easily controlled. In terms of human mind power, it is a battle of wills.

Intuitive modes of mentation rank above conscious thought, and may be described as beyond thought, being in the realm of pure apprehension; a kind of impulsive “knowing”, in which realization comes in spurts without any chain of reasoning to lead up to it. As soon as awareness has taken place, rationalization supervenes, and that which has been realized is coordinated with the rest of the mental content. It is, in fact, the exact opposite of the inductive method of mind-working; it was probably these flashes of illumination which supplied the starting-point of the deductive philosophy of the ancients, and even in our modern methods of research they can be most useful, especially when dealing with any factors into which mind or life-force enter, for here the powers of the planes of form can be blind leaders of the blind.

Psychic or astral consciousness, on the other hand, must be definitely classed as below the rational mind; it corresponds to the subconscious and primitive levels of thought. When we want to contact the primitive levels of manifestation, the states that preceded dense matter, we get the best results if we employ subconscious, primitive methods of thought, which are pictorial in nature; which are, in fact, pure imagination. In order to deal with this level of existence, we have to learn to cut out the conscious mind, which thinks in words, and use the subconscious mind, which thinks in pictures, just as, if we want to contact the spiritual levels, we have to cease to think in words and commence to think in abstract ideas.

Thus far it will be seen that psychology is with us, explaining the modus operandi and entirely approving it. Psychology fully realizes that if we are to open the archaic levels of consciousness, we must do so in terms of pictorial images. But here comes the dividing of the ways. Are the images the mind perceives when exploring the Invisible Kingdoms, its own projections and nothing else? This is a point upon which the psychologist is empathetic – he considers that these things are subjective images and nothing more, but of value as indications of subconscious conditions. But the psychic thinks differently, even if, like myself, he was a psychologist before he was a psychic.