George Winslow Plummer was born August 25, 1876, in Boston, Massachusetts. After graduating from Brown University, Plummer moved to New York City and made a living as an artist. He also became a Freemason. At this time there was within the Masonic movement a Rosicrucian society known as the Societas Rosicrucianae Republica Confoedera America (SRRCA) but its membership was limited to Masons. In 1907 Sylvester C. Gould decided to found a Rosicrucian group that would be open to all seekers, not just Master Masons. Gould enlisted Plummer to work with him in the formation of the new organization, the Societas Rosicruciana in America, and the founding of a periodical, The Rosicrucian Brotherhood. After Gould died in 1909, Plummer became the sole leader of the Society, a position he held for the rest of his life. He also founded the First Rosicrucian Church in America. He was ordained and later consecrated as a bishop (1918) by Manuel Ferrando of the Reformed Episcopal Church. 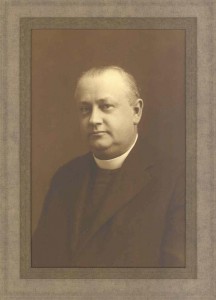 Plummer founded the Mercury Publishing Company in 1916 and launched Mercury, a quarterly, as the official periodical of the Societas Rosicruciana in America. By 1920 he quit his secular job and become the full-time executive of the Society. He founded several colleges of the Society in the United States and one overseas in Sierre Leone.

In early 1902 Plummer expanded his interest in esoteric Christian mysticism with the establishment of the Seminary of Biblical Research, a correspondence school, for which he wrote a series of lessons called Christian Mysticism. In 1924, he founded the Anglican Universal Church of Christ in the U.S.A. with Episcopal priest Arthur Wolfort Brooks. He and Brooks went their separate ways in 1927, and Plummer emerged as archbishop. In 1934 he was reconsecrated by William Albert Nichols of the Holy Orthodox Church in America. The Anglican Universal Church and Holy Orthodox Church in America merged under the name of the latter body.

Plummer developed congregations of the Holy Orthodox Church in all of the cities where the Society had established colleges. He also consecrated four men to assist him, one of whom, Stanislaus Wotowski, eventually succeeded Plummer as head of the church.

Plummer wrote a number of books, including the Rosicrucian Fundamentals (1920), Principles and Practice for Rosicrucians (1947), The Art of Rosicrucian Healing (1947), and The Science of Death (1978). He also wrote the lessons for the Rosicrucian society. Plummer died January 26, 1944, and was succeeded by Witowski and his wife, Gladys Plummer. His widow eventually married Witowski and succeeded him, taking the name of Mother Serena.

The Great Work for the improvement of man, through the Rosicrucian Wisdom Teachings will stand as a living testimony of a life devoted to a noble purpose and the enlightenment of Mankind.We can truly call him a friend of Mankind. He has truly earned his liberation and the opportunity for greater work on the Spiritual planes he now inhabits.

Illustrious Frater George Winslow Plummer founded our Society in its present form in 1909 and was the Illustrious Adept of Metropolitan Consistory No. 1 from its institution in 1935. He held this office until his transition to Higher Life on January 23, 1944. 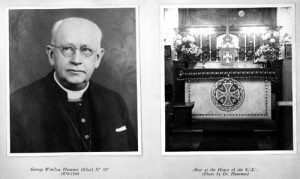